October 6, 2011 by lexzyne in Uncategorized 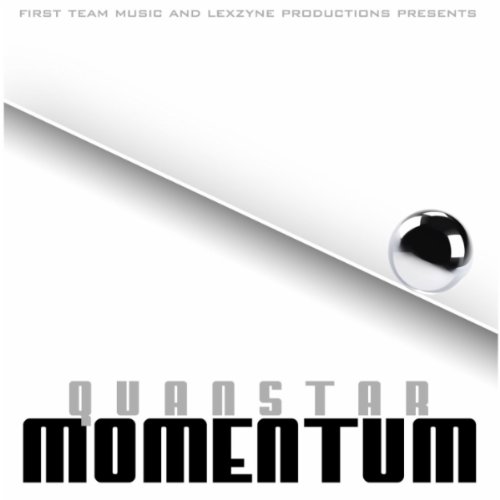 Quanstar is the true definition of a hustler. By that I don’t mean that his music brags about how much he hustles, how he always hustles, or even mentions the word “hustle.” Instead, Quanstar’s work ethic says everything that needs to be said about his work ethic. His name may be unfamiliar to the masses, but that has not kept the man from releasing multiple albums and EPs, music videos, and touring consistently to promote his music. His music doesn’t reflect the desperate delusions of a man trying to rap for a big hit or ringtone sales, but instead conveys his love for hip-hop and his determination to make quality music. “Momentum” is the latest EP from Quanstar and delivers another small, but potent, dose of dope hip-hop.

The EP’s name doesn’t convey much about the music contained, but reflects the fact that Quanstar wanted to release this music ASAP rather than wait to compile an album’s worth of material. While the EP lacks a cohesive purpose, the individual songs overcome any thematic shortcomings. “I’m Through” is a short barrage of punch lines and positive advice that serves as an appropriate intro.

“Higher Standards” is a clever proclamation of Quanstar’s abilities as an emcee as he declares “higher standards, giving these niggas nosebleeds” on the hook. “On My Brain” is a reflective track where Quanstar details some of the struggles he has faced as an artist. “She Did Me Wrong” features one of the EP’s dopest beats with a warm, soulful sample looped over soft piano keys. The instrumental serves as the perfect backdrop for Quanstar to reflect on young love and the problems that can come with it. “Christmas List” is the EP’s..

Read the rest of the review by clicking here.

Listen to snippets of Momentum by clicking here.

Blast It Or Trash It: Quanstar – I’m Through