Have You Seen: For Colored Boys, Redemption

“For Colored Boys” is soul-stirring dramatic web series written and directed by award-winning filmmaker Stacey Muhammad. Seven seasons of “For Colored Boys” tell stories about seven Black men who are faced with redemption, truth, love, fear, hope, endings, and new beginnings. The web series is inspired by the critically-acclaimed 1975 choreopoem ‘For Colored Girls Who Have Considered Suicide When the Rainbow Is Enuf’ by Ntozake Shange.

The first season of “For Colored Boys,” entitled REDEMPTION, follows the life of Benjamin Boyd, Sr. Upon release from prison, Benjamin seeks to reunite with his family by rekindling his relationship with his wife Lisa and reassuming his role as father to their teenage daughter Sidney, and 20 year old son, E. Benjamin’s life begins to spiral out of control as he suffers from Post Incarceration Syndrome (PIC) and struggles to find his place in the world again.

Where your contributions go!

Another EIGHT (8) episodes of the dramatic web series For Colored Boys, REDEMPTION!

We’re not cutting corners on quality! The technology and production value for this web series is TOP NOTCH! Unrivaled cinema capability with the RED EPIC.

Your contriibutions will assist us with:

Your contributions will also “Help a child visit their incarcerated parent” 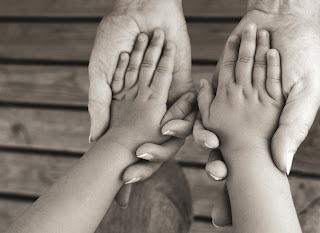 Every $100. we’re able to donate to this organization will pay for a Round Trip ticket for a child to visit an imprisoned parent.

The statistics are alarming! People of color continue to be disproportionately incarcerated, policed, and sentenced. Racial disparities in the criminal-justice system threaten communities of color; disenfranchising countless men, women, and children.  These racial disparities have deprived people of color of their most basic human rights, making criminal justice reform the civil rights issue of our time.

Families separated by crime and the criminal justice system are often overlooked.

The spouses, friends, children, and community of incarcerated individuals are the voices we don’t hear. Oftentimes when a parent is removed from a home as a result of incarceration, children or young adults must assume a level of responsibility they are often ill-equipped to handle.  “For Colored Boys, REDEMPTION” is a story that gives a voice to the voiceless by exploring the lives of everyone effected by incarceration.

Fine Print and other details:

Other ways you can help:

Visit our website at (www.forcoloredboysseries.com) to stay updated on what’s happening every step of the way and please, spread the word!

Check out the links below to our FB, Twitter and other Social Media pages and SPREAD THE WORD, far and wide about this campaign.

Have a question for our director? Reach her directly at hello@staceymuhammad.com

Have a question about the series, Reach out directly at info@forcoloredboysseries.com