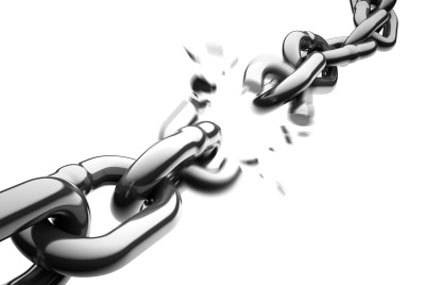 On June 19,1865, Black folks in Galveston,Texas  finally got the Emancipation Proclamation announcement that slavery was over. They were ecstatic that they no longer had to choose between pickin’ massa’s crops or gettin’ beaten with rawhide. June 19, 2012,  rap artists got  the Hip Hop Emancipation memo that they no longer had to be coons and buffoons on the corporate rap music plantation and make mindless, murda  music to mislead the masses. They were ,now, free to make music to actually uplift the Black community. Their reaction?  “Naw, dawg. We good…”

Although many African Americans are celebrating Juneteenth, a holiday marking the “official” end of  slavery in the US, many in Hip Hop still have not gotten the message.  While it may be argued that there was a time when artists had to bow to the will of major record labels to be heard, in the Internet age of Youtube and Twitter, this is no longer the case. So, what we have is not really modern day slavery, but voluntary servitude.

Back in 1987, Dr. Chancellor Williams wrote the outstanding book,  The Destruction of Black Civilization, about the factors that led to the decline of great African societies. If he would have waited just a few more years he could have added a chapter called “Hip Hop,” as it has done what 400 years of slavery could not. It has made a generation of African Americans, totally, reject  Black culture.

Today, many in Hip Hop have ceased to identify themselves with “Blackness.”  Although, some of our lighter-skinned grandparents had to “pass for white” to get over on society, many  artists today “pass for Hip Hop” instead of accepting the social responsibility of being Black in America.

For some, Hip Hop is more than just a “culture” it has become a separate race. And they show more allegiance to Hip Hop than to the culture of their ancestors.  I would not be surprised if one day somebody started a campaign to get Hip Hop included as a special racial category on the McDonald’s employment application forms.

The only time that some artists play the rap “race card” is when someone steps to them about their negative messages. How many times have you heard an otherwise culturally ,clueless rapper, eloquently, defend his lyrics by claiming “ya’ll just pickin’ on me ‘cause I’m an African American, Black man of color in America. I don’t see y’all sayin’ nuthin’ to Arnold Schwarzenegger….”

Although, some of the mainstream rappers are quick to defend Gay rights,  pitbull rights and the rights of large sea mammals, they are slow to speak out  on “black” issues. They will even jump  to the defense of a White person using the dreaded “N “ word.

Gwyneth Paltrow’s Twitter account. Although artists like Q-Tip expressed righteous indignation, some quickly rose to defend their damsel in distress. It was reported that , The Dream tried to take the heat by claiming that he was the real culprit.  And later Nas threatened to give anybody who messed with his ride or die chick of the Caucasian persuasion a quick Queensbridge beat-down.

Maybe The Dream needs to revisit Malcolm X’s “House Negro vs Field Negro” speech where he said “the house Negro loved his master more than the master loved himself.”  And Nas should go back and listen to his own, now autobiographical , song “Coon Picnic (These Are Our Heroes..)

“Let’s hear it too, for the spooks who do cartwheels/’cuz they say they played their parts well.”

However, they are not the only ones suffering from  a racial identity crises.

As hardcore as MC Kill-M-All  may be when interviewed by  DJ Blaze on  Hip Hop Power 97 in NY, his personality does a 180, when he politely chats with DJ Richie the C on Dance 105 in Des Moines. Or the same rapper who flashes guns and throws up gang signs on the Murda U Magazine DVD goes out of his way to convince a reporter from  CNN or Forbes , that  he is just an average guy who only wants peace for all mankind.

The real problem is that rappers rep’ thug-ism harder than we rep’ Black culture.

You have to give the swag boys credit for one thing; conviction.  They are very clear on what they represent. (Whatever that may be.)

While the thugz have no problem walking into a ritzy,  black -tie event with their drawers showin’ , a 40 oz in one hand and a big ,greasy bucket of fried chicken in the other, some of us won’t even wear an African medallion out in public for fear of being labeled a “radical.”  And even though the gangsta’s will stand up in a room full of Ph.Ds and boldly defend their rights to be as ig’nant  as they wanna be, the conscious cats get nervous just debating 13 year olds about the difference between rap and Hip Hop.

So, just as commercial rap music helped to destroy our culture, this Juneteenth we must make a vow to restore it. We must once again be proud to be Black.

Even though Ice T claims in his new documentary , The Art of Rap, that rap music made “something out of nothing,” in reality, it made nothing out of something…

TRUTH Minista Paul Scott’s weekly column is This Ain’t Hip Hop, a weekly column for intelligent Hip Hop headz. He can be reached at (919) 308-4233 or info@nowarningshotsfired.com His website is www.NoWarningShotsFired.com . Follow on Twitter @truthminista.

Biz Markie, Spittin’ the Truth to the Youth