Blu Speaks On NoYork And Why And All City Chess Club

November 1, 2010 by lexzyne in Uncategorized 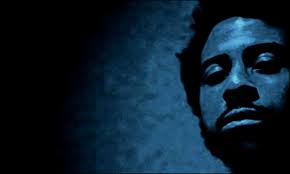 Blu discusses supergroup All City Chess Club while sharing details about his next album, “NoYork!” He also talks about working with Flying Lotus and more.

After releasing two critically acclaimed projects, Below the Heavens with Exile and Johnson & Jonson with Mainframe, Blu has been one of Rap’s most sought after artists in the underground Hip Hop world. Within the last few months, he’s been calm, rarely appearing for an occasional drop, including the recent All City Chess Club tracks. However, he recently spoke to Vibe about what he’s been up to and what fans can expect from him.

“Everything has been good. I’m working on releasing this new album called NoYork! through Sire/Warner Brothers. It should be out be out by the 1st quarter of 2011. I got Flying Lotus, Sam I Am, Shafiq from SA-RA, Exile and a couple other cats on there.”

He also spoke on what the title means, speaking on the New York state of mind.

“It’s got two different meanings, but I would say it’s about a state of mind. It really stems from people always saying I had a New York or East Cost style flow. This being my first real solo record⎯it kind of brings all my different styles together on one album. NoYork! has this broad West Coast sound. There are some other reasons but it’s definitely because of the sound. It’s not a state, it’s a state of mind.”

“I recorded a song with U-God out here. I spent some time recording Uptown and in Brooklyn. We had to make sure we were getting love from the city. I want to make sure everyone knows I’m not discriminating against New York. It’s a nod to this place if anything.”

Aside from this, Blu also added that he’s got no problems with Warner Brothers and that he’s thinking about releasing random songs “soon.” On top of this, he also added he’d be “down” with recording an album with All City Chess Club.

Charles Hamilton Decides To Leave The All City Chess Club