September 28, 2010 by lexzyne in Uncategorized 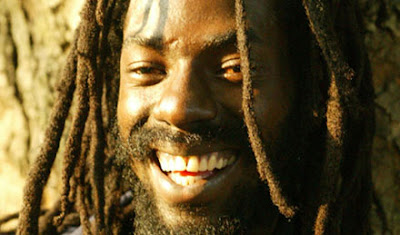 TAMPA, Fla. – A Florida judge on Monday declared a mistrial for Jamaican reggae star Buju Banton, who was accused of conspiring to buy cocaine from an undercover police officer last year.

U.S. District Judge James Moody made the decision after the 12-person jury sent him a second note saying they couldn’t reach a verdict.

In an earlier note, jurors said they were having trouble reaching an agreement shortly after returning from a weekend recess. Moody then sent them back to keep trying. Deliberations had begun Thursday after a four-day trial.

The jurors declined to tell reporters about their deliberations.

Banton’s attorney has asked Moody to release Banton on bond. He has been held without bond since his Dec. 10 arrest.

The attorneys and Moody discussed scheduling a new trial in December.

Banton, a four-time Grammy nominee, had been charged with conspiracy to possess and distribute cocaine and aiding two others in possessing a firearm during the course of cocaine distribution. He faced up to life in prison.

Banton’s attorney, David Markus, had argued that the singer was entrapped by a U.S. government informant.

“We were hoping to get a good verdict today. That said, 12 jurors did not believe Buju did it,” said Banton’s attorney, David Markus. “The government tried to prove its case beyond a reasonable doubt, and they did not do it.”

Before being led away in leg shackles, Banton reached out his arms to about two dozen family, friends and fans seated in the federal courtroom in Tampa.

The 37-year-old singer, whose real name is Mark Myrie, testified that he talked a lot about cocaine with the informant, Alexander Johnson, but he was only trying to impress the man, who claimed to have music industry connections, and not secure a drug deal.

Johnson testified that Banton admitted involvement in drug trafficking, and he wanted to give Johnson money so he could buy and sell cocaine.

Excerpts from their recorded conversations from July 2009 through December were played for the jury.

Banton said he never wanted nor expected Johnson to set up a cocaine deal, despite what he said in the recordings. The singer had told Johnson that he financed drug deals, wanted to sell drugs in Europe, buy drugs from the Caribbean and South America and use Johnson’s boat to transport drugs.

Johnson testified that he surprised Banton with cocaine at an undercover police warehouse in Sarasota on Dec. 8. Surveillance video shows Banton peering over co-defendant Ian Thomas’ shoulder at the cocaine, and the singer tasting the drugs with a finger.

On Dec. 10, Thomas and another co-defendant, James Mack, were arrested at the warehouse after trying to buy the drugs. Banton was not present and was arrested at his Miami-area home.

Thomas and Mack pleaded guilty, and each faces up to life in prison. Neither testified in the trial that began Monday in Tampa federal court.

Banton’s new album, “Before the Dawn,” will be released Tuesday. The album’s 10 songs, including one titled “Innocent,” were recorded in Kingston, Jamaica, last year before Banton’s arrest.

“It speaks volumes about what’s going on now in Buju’s life,” said his manager, Tracii McGregor. “Buju has said his body is locked away, but Buju is with us, he lives through his music.”

Do you think he should play it cool and stay below the radar?  Leave a comment and let us know.