Digga Digga, First Name Rashia – Back With A Classic

September 8, 2010 by lexzyne in Uncategorized 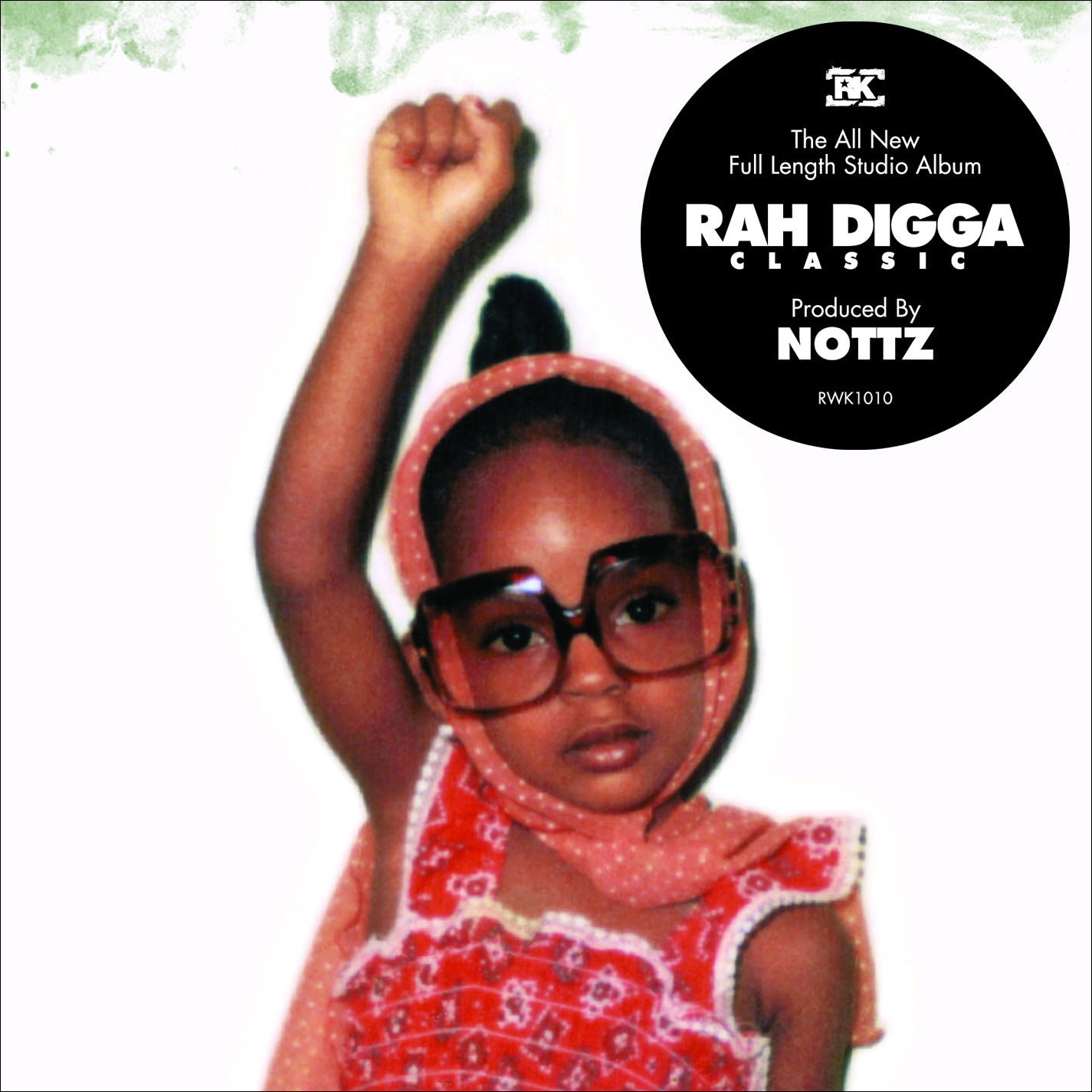 Rah explains how channeling the movie “Book of Eli” and her own “Dirty Harriet” led to what she thinks is a classic collaboration with Nottz.

The long weekend is over, and Rah Digga is ready to get back to business, although for this lady emcee, business never stops. In seven days, her new release, Classic, drops and there is much to be done. Today’s entry finds Rah positively reflecting on her decision to allow one producer, Nottz, to oversee her entire album. Multiple production credits across the Hip Hop and R&B genre, including work on her own Dirty Harriet, were enough to convince her that she found the variety she was looking for. Again. After all, this emcee likes her beats just like her portfolio—diversified. Rediscovering that Nottz could not only provide production, but also the ability to conjure up their past chemistry, Rah discusses where the inspiration for the introductory track on her album derived, weather-related obstacles, and dispels any talk of this being a “comeback” album.

“Holiday weekend is over and it’s business as usual, even though it’s always business for me. Today I listened to the new album Classic and that shit knocks so hard! I have to take breaks so I don’t get tired of it, but I honestly don’t think it’s possible. I gotta shout out Nottz for murdering these tracks. The crazy thing is, I fought my A&R (15 years in the business, I finally learn what purpose an A&R serves…no offense, just never had one that gave a shit) against Nottz doing the whole project because I was scared I wasn’t gonna get that variety. Boy, was I wrong! I should have known better though. Anybody who can produce for top notch producers such as J Dilla, Kanye West, Swizz Beatz and R. Kelly, as well as artists like Snoop Dogg, Scarface, Little Brother, Bilal, Skyzoo, MOP and of course five tracks on my very own Dirty Harriet (including the renowned “Straight Spittin 2’) MUST have range, right?

“I can remember going into Dirty Harriet thinking, ‘I only want Pete Rock and DJ Premier to produce the album,’ then here comes this quiet fellow from Virginia poppin’ in tracks like, ‘Damn!’ It was no different goin into this album. I recorded the whole thing in his VA studio, and I strongly believe it was our chemistry that invoked the energy your getting from Rah Digga in 2010. My most trusted comrades (Devance West and Cigar Ciph) and I drove through a state of emergency blizzard for 14 hours (it’s usually only a six hour drive to Virginia, mind you) going 20 mph to get to Nottz’s studio, because I refused to record anywhere else for this album. The album intro entitled ‘The Book of Rashia’ literally tells the story of how this album came to be, and it will translate what was goin on in my soul at that time. The whole song is metaphorically drawn from the Denzel Washington movie Book of Eli (a must see) and the character he portrays really parallels my journey to VA to record this project. ‘I’ll carry you through blizzards / I’ll lead you through the ruckus / You’ll never be hungry / Blood of Jesus got you covered’ are a couple of lines from the song, and if you’ve seen the movie, you will get it instantly. If you haven’t, I’m sure you will enjoy the song just the same. It describes in detail the mixed feelings I had going into this project, because the last thing I wanted to do was to give anyone the impression that I was trying to get back in ‘the game’ or relive any past glories. I really just wanted to put my skills to the test so many years later and satisfy all the people who have fiending for a follow up to Dirty Harriet. Thanks to Raw Koncept I can do just that. In the words of GNL (guy named Lucas…my nickname for my A&R), ‘All you have to do at this point is rhyme hard and people will love you!’ Say no more!”

Rah Digga’s sophomore album Classic produced by the legendary Nottz will be in stores September 14, 2010 celebrating the 10 year anniversary of Dirty Harriet.

I think more female emcees should make their own way and be their own woman as Rah Digga has done.  Do you feel the same way?  Leave a comment and let us know.

Torae – For The Record Produced By Pete Rock, Diamond D

There is one comment on Digga Digga, First Name Rashia – Back With A Classic