R.A. The Rugged Man: How Nas Made His 1st Hit Pop Record

August 5, 2011 by lexzyne in Uncategorized 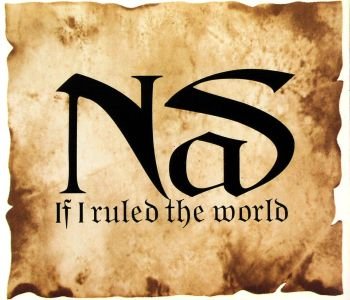 Nas was Coming off ILLMATIC – one of the most critically acclaimed albums in the history of music – but as loved as it was by the heads it still didnt produce the kind of sales Sony wanted and struggled to even sell Gold.

NAS needed a pop record for SONY to promote his next album properly, IT WAS WRITTEN had some incredible street joints like the Havoc produced ‘LIVE NIGGA RAP’ or the Premo joint ‘I GAVE YOU POWER’, but SONY and NAS wanted a hit. He tried on ILLMATIC wth ‘IT AINT HARD TO TELL’ by using the Michael Jackson Human Nature sample – but that Large Proffessor produced joint was still too street for ordinary pop radio.

Here’s how he did it:
by 1995 Puff Daddy figured out if you take something that already was a hit the average listener responds faster cuz they’re already familiar with the melody. Puff didnt invent it, they been doing it since the beginning of HipHop and Shit, MC Hammer dominated the pop charts by sampling Rick James and Prince‘s ‘When Doves Cry’ while Puff was still just an event organizer.

But Puffy helped take it to the next level and made it a known formula that many would follow. It was kind of the opposite of digging in the crates, instead of trying to find the most clever way to sample something that nobody else used, it was more like turn the radio on and sample the most famous shit that everybody knows that already gets played a lot and then make your own song out if it.

The Trackmasters were an underground HipHop production team that produced records for Big Daddy Kane, Kool G Rap, Chubb Rock and a young teenager out of Long Island named um… R.A. the Rugged Man but by 1995 they got in the Puffy groove, and began making hit after hit with the successful ‘sample something famous’ formula.

So here’s how NAS made his first bonafide hit:

Step One: Nas hooked up with the Trackmasters. In 1996 we already knew lyrically NAS is going to kill whatever they put him on

at this point in his career. So NAS and Trackmasterrs found the perfect famous sample that everybody knew, it was Whodini‘s song ‘Friends’ off Whodini’s Platinum selling album Escape, ‘Friends’ was one of the most famous HipHop joints of the 1980′s.

O.k. so rapping over that should be familiar enough and the public should pick up on it and Nas should get that hit he’s looking for right? Probably. but we gotta make sure. Fuck it. if Rapping over a beat that was already a hit wasnt enough…

Step Two: Now they need a hook, a chorus the world would sing. well, Let’s write one. Wait. No. Even better Let’s use a chorus from a very famous Kurtis Blow song. Now not only will the people love the Whodini Friends beat we’ll also use the chorus “If I Ruled the world” by one of the most commercial pioneers of HipHop – Kurtis Blow. We cant miss.

…Alright Popular Whodini Beat and popular Kurtis Blow chorus both jacked on the same song all along with NAS rapping over it, we definitely have a hit right? Well we gotta make sure. What else could we do to guarantee it? I know….

Step Three: Let’s get LAUREN HILL. The most popular female vocalist on the planet… and we’ll get her to sing the popular Kurtis Blow chorus over the popular Whodini beat. It’s basically an impossibility that this song wont BE popular.

…not to mention during a vocal bridge (2:32 into the song) Lauren Hill decides to throw in another popular chorus by singing “Walk Right Upto the Sun” by The Delfonics..

Results: ‘IT WAS WRITTEN’ became the best selling album in Nas’s entire career debuting number 1 on the billboard charts and selling over 3 million copies. The song got nominated for Grammy’s and became a Top 10 billboard pop hit. The formula was a success. Mission Accomplished

Something Old & Something New: R.A. The Rugged Man

Blast It Or Trash It: Body The Beat – Ruste, Rugged, & Rock

10 Rappers Who Got Screwed By Their Record Labels

There are 5 comments on R.A. The Rugged Man: How Nas Made His 1st Hit Pop Record