December 4, 2010 by lexzyne in Uncategorized 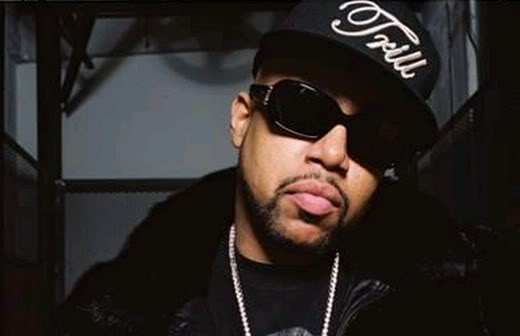 Rapper. Pimp C was born Chad Butler on December 29, 1973, in Port Arthur, Texas. He formed UGK (short for Underground Kingz) with long-time friend Bernard “Bun B” Freeman in 1987. They released their first album Southern Way in 1988, on cassette only. Their rise to prominance in the early to mid 1990s led to many prominent guest appearances including Jay-Z’s Big Pimpin’ and Three 6 Mafia’s Sippin On Some Sizzurp in 2000 and on the Outkast song International Player’s Anthem (I Choose You) 2007. Pimp C released his debut solo album The Sweet James Jones Stories in March 2005.

Pimp C also had his share of brushes with the law. In January 2002, he was sentenced to eight years in prison for failing to complete a community service requirement stemming from an aggravated assault charge. He was released in December 2005 from the Terrell Prison Unit in Rosharon, Texas.

Pimp C was treated for minor injuries in April 2006 after he was involved in a car accident in Port Arthur. He had just left a video shoot for his single Pouring Up when a vehicle being chased by pursuing gunmen ran a red light and crashed into the rapper’s Bentley.

Pimp C, one-half of the southern hip hop duo UGK, died on December 4, 2007. Emergency responders found him dead on a bed in a sixth floor room at the Mondrian Hotel on trendy Sunset Strip in Los Angeles. Two days after his death, UGK was nominated for a Grammy in the category of Best Rap Performance by a Duo or Group for International. Pimp C was in Los Angeles to work on his next solo album for Rap-A-Lot Records when he died, according to the label’s CEO James Prince.

Butler was survived by a wife and three children.

How do YOU remember Pimp C?  Leave a comment below and let everybody know.

There are 2 comments on Chad Lamont Butler – Salute A Legend, A King