September 7, 2010 by lexzyne in Uncategorized

Most people didn’t even know that Bushwick Bill lived part-time in Atlanta these days. The revered one-eyed dwarf, a member of the pioneering Southern rap group Geto Boys, was in the process of relocating here from his longtime home of Houston. The oft-troubled MC, who was born Richard Shaw in Jamaica, but moved to Bushwick, Brooklyn as a young child, was hoping to rejuvenate his career through local industry connections. As a clean-and-sober Christian, he also sought a fresh start.

But in mid-May things went horribly awry. Bill fell off the wagon and was arrested by police in DeKalb County. After being brought into custody, his immigration status was revealed — he has a green card, but is not a U.S. citizen — and, due to previous convictions, he now faces the very real threat of deportation. Bill’s lyrics have always been full of battles between good and evil, and his life has often imitated his art. Just as he was making his best effort yet to redeem himself, it seemed his demons had seized control.

A gifted storyteller with a dark sense of humor, Bill was a core member of Rap-A-Lot Records’ definitive Geto Boys, who went platinum in 1991 with their critical favorite We Can’t Be Stopped. The next year saw Bill’s well-received solo debut, Little Big Man, featuring the Child’s Play-themed “Chuckwick,” on which he raps: “It’s time for breakfast but I don’t want eggs/Just jelly and toast and bacon and legs.”

He remains most famous for the event that caused him to lose his eye, which occurred during the recording of We Can’t Be Stopped. Drunk and stoned, he paid a visit to a girlfriend and asked her to shoot him in the face. She balked, he grabbed her baby and threatened it, and during the ensuing tussle the gun went off and a bullet pierced his right eyeball. A picture of him on a hospital gurney with Geto Boys colleagues Willie D and Scarface serves as We Can’t Be Stopped‘s album cover, and the story is recounted on Little Big Man track “Ever So Clear.” “It’s messed up I had to lose an eye/To see things clearly,” he says at the song’s end. 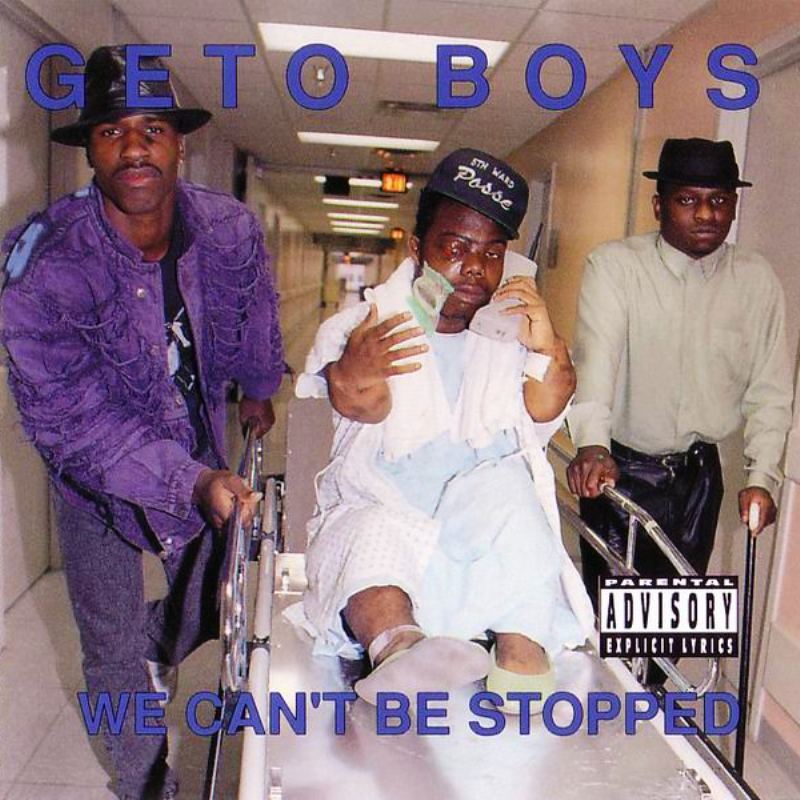 Over the years he’s been convicted of crimes including battery and attempted arson, and has spent time in rehab as well. But recently, there was reason to believe he was getting his life together. He became born again in 2006, attended Bible college in Minnesota, and worked with at-risk youth for two months in 2008 at a Hazlehurst, Miss., nonprofit called Heritage House. He met a Houston impresario named George Uscanga, who released Bill’s spirituality-themed solo album My Testimony of Redemption last year on Uscanga’s G SPOT Productionz (which stands for, believe it or not, God’s Special Purpose Of Talent). Bill taking on Christian rap felt as odd as Ozzy Osbourne turning Mormon, but he seemed serious. “From the lyrics to the influence that I had on peeps/I’m trading Chuckwick in to being a Jesus freak,” he raps on the title track.

Bill was engaged to be married to his longtime girlfriend and assistant, Cindy Angelle, with whom he has a daughter, one of his five children. Having been back and forth between Atlanta and Houston for a while, the couple was planning to get a permanent place in Gwinnett County this fall. Things were looking up: In early June he was scheduled to perform the Geto Boys’ classic “Mind Playing Tricks on Me” with Willie D during VH1’s Hip Hop Honors show honoring Southern rap. (Game filled in during his absence.) “A lot had happened in his life,” says Angelle. “He’s a celebrity, so a lot of people want to hear him talk about how God has helped him, with his eyes, the drinking, the drugs and the fame.”

But his recovery hit a major roadblock on May 11, when a close friend from Houston named Lonnie Mack died. (The circumstances of his death are unclear; Angelle says he was murdered.) Having introduced Bill to Geto Boys founder J. Prince, Mack was almost single-handedly responsible for Bill’s career. The news hit him hard. “That’s what set him off,” says Angelle.

The day after Mack’s death, she and Bill arrived at a friend’s place in Decatur, having just returned from Ohio, where he’d performed at a car show. Angelle won’t say specifically what led to Bill’s arrest, and he declined comment for this story, but at some point Bill was pulled over for a traffic stop and found to be in possession of cocaine and marijuana. After his immigrant status came to light during processing, jail authorities contacted U.S. Immigrations and Custom Enforcement (or ICE, which is a division of Homeland Security), and he was booked at the Atlanta City Detention Center, where he remains.

Though he hasn’t been found guilty on the drug charges, ICE is now attempting to deport him, says his counsel, Carlos Solomiany, who is working with another Atlanta-based lawyer, David Kennedy. Because Bill has been convicted of more than two crimes of “moral turpitude” in the past, Solomiany goes on, a judge can decide to revoke his lawful permanent resident status, despite the fact that his parents are U.S. citizens and he has lived here since he was 7 or 8. He’s now 44.

“We’re fighting to save his residency,” says Solomiany. “We have to establish that his positive equities outweigh his negative equities.” Bill’s next hearing at Atlanta Immigration Court is scheduled for October 14 — though it could be pushed up — and Solomiany adds that fans can help sway the judge by e-mailing statements on Bill’s behalf to carlos@rossandpines.com.

If he is deported, he wouldn’t necessarily have to return to Jamaica. More likely, he and his fiancée would end up in a country like Canada or England, says Angelle, where he is well-known and could make a living. But those aren’t the possibilities she wants to dwell on right now. With a choke in her voice, she notes, “He’s holding up good, but we’re praying that he gets out of this situation.” Should Bill be allowed to stay, he won’t be allowed any more screwups, says his lawyer. Indeed, it seems to be the last chapter in the battle for Bill’s soul.

Do you think he really deserves to be deported?  Leave a comment and let us know.

The Legendary DJ Kool Herc Has Been Hospitalized

R.I.P. To The Legendary Dallas Graffiti Artist Minus Won